(Originally compiled and published by Andrew and Deborah Kerr)

You can’t answer the question, “Where are you from?”

You speak two languages, but can’t spell in either.

You flew before you could walk.

The U.S. is a foreign country.

You have a passport, but no driver’s license.

You have a time zone map next to your telephone.

You would rather eat seaweed than cafeteria food.

Your life story uses the phrase “Then we went to…” five times.

You watch nature documentaries, and you think about how good that would be if it were fried.

You think in grams, meters, and liters.

You speak with authority on the quality of airline travel.

You go to the U.S., and get sick from a mosquito bite.

You send your family peanut butter and Kool-Aid for Christmas.

You have strong opinions about how to cook bugs.

You live at school, work in the tropics, and go home for vacation.

You don’t know where home is.

Strangers say they can remember you when you were “this tall.”

You have friends from or in 29 different countries.

You do your devotions in another language. 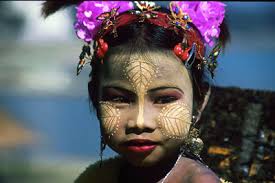 You sort your friends by continent.

You keep dreaming of a green Christmas.

You tell people where you’re from, and their eyes get big.

“Where are you from?” has more than one reasonable answer.

The nationals say, “Oh, I knew an American once…” and then ask if you know him or her.

You are grateful for the speed and efficiency of the U.S. Postal Service.

You realize that furlough is not a vacation.

You’ve spoken in dozens of churches, but aren’t a pastor.

Furlough means that you are stuffed every night… and have to eat it all to seem polite.

You realize that in Australia, the above statement would be very rude.

Your parents decline your cousin’s offer to let them use his BMW, and stuff all six of you into an old VW Beetle instead.

The majority of your friends don’t speak English as a first language.

Someone brings up the name of a team, and you get the sport wrong.

You believe vehemently that football is played with a round, spotted ball.

You know there is no such thing as an international language.

You know the difference between patriotism and nationalism.

You tell Americans that democracy isn’t the only viable form of government.

You realize what a small world it is, after all.

You never take anything for granted.

You know how to pack.

All preaching sounds better under a corrugated tin roof.

When guests come to your house and bring a fish as a gift.

Going to the post office is the highlight of your day.

You sing songs to yourself in a language other than English.

Your mother gets excited over finding Doritos at 7-11.

When on deputation you have memorized Dad’s messages.

After the church service you look for a slide projector to put away.

You get excited to find cokes are on sale for only 99 cents.

You carry Bibles in two languages to church.

You watch an English language video and read the foreign language subtitles.

When you dream in a foreign language.

On your 18th birthday you still don’t have a driver’s license.

You send out birthday invitations in a foreign language.

When you carry a dictionary everywhere you go.

When your five foot tall mother is taller than most of your church members.

Your Dad scolds you in a foreign language.

You don’t know how to count American money.

When you go on furlough your Mom buys everything in the store.

Adults want to pay you to teach them English.

You can’t find shoes to fit your feet in any of the shoe stores.

You would rather sleep on the floor than on the bed.

The family gathers around the computer to check the E-mail.

You enjoy getting together with other MK’s and talking about old news.

All your clothes have been worn by someone else.

Your friends know more English grammar than you do but can’t understand English conversation.

You find a seven year old picture of yourself on someone’s refrigerator.

You know how to send a fax using an international call back service.

You have carried the same dollar bill in your wallet for four years.

You write in your diary in a foreign language.

Driving on the right side of the road gives you the willies. (Except in Burma)

The traffic light turns from red to blue.

Eating spaghetti with chop sticks is easier than using a fork and spoon.

You take a shower before taking a bath.

The message on your answering machine is in two languages.

You move into a new house you take a gift to all your neighbors.

Your Mom sends you out to sweep the street in front of your house.

You pull into a gas stand and expect people to come running out screaming welcome!

You consider parasites, dysentery, or tropical diseases to be appropriate dinner conversation.

You tell people what certain gestures mean in different parts of the world.

You have stopped in the middle of an argument to find the translation of a word you just used.

You calculate exchange rates by the price of Coke.

You would rather have a Land Rover Defender than a Lexus. 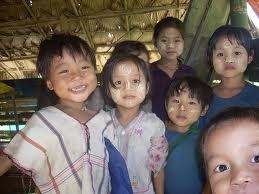 Copied from multiple sources and edited by Stephen Ross for WholesomeWords.org.